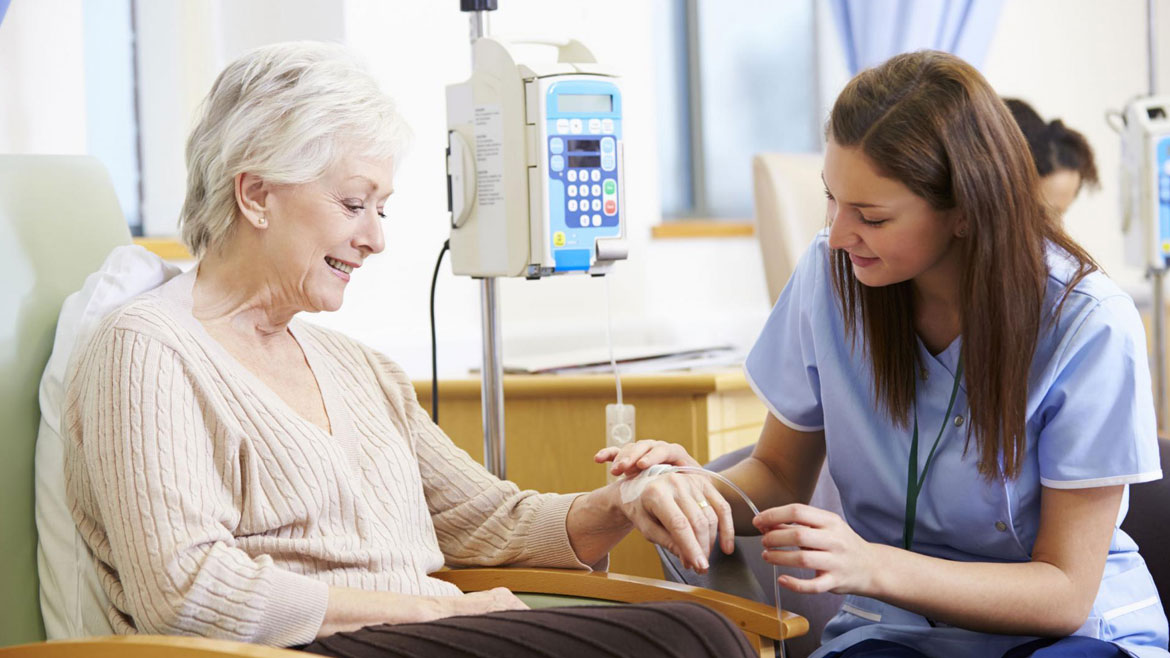 An alarmingly low number of eligible people in Wales take part in bowel screening programmes, and the majority of the country’s health boards breach waiting times for tests that can diagnose bowel cancer.

This evidence was gathered during a recent one-day inquiry into endoscopy services in Wales, held by the National Assembly’s Health, Social Care and Sport Committee, which concluded that bowl cancer outcomes in Wales are among the worst in Europe.

Screening is the best way to diagnose bowel cancer early but between April 2017 and March 2018 only 55.7 per cent of people eligible to take the bowel screening test in Wales actually completed it. Uptake is higher in females (57.2 per cent) compared to males (54.1 per cent). There is also a strong correlation with deprivation – with uptake in the most deprived areas being 45.6 per cent compared to least deprived areas at 63.3 per cent.

From 2019, Wales will replace the current screening test with a simpler and more accurate one called the Faecal Immunochemical Test (FIT), which is expected to increase the uptake of screening, but there are concerns that endoscopy units in Welsh hospitals are already struggling to cope with demand, and so even though the new screening test is a positive improvement, it could put more strain on an already overstretched service.

While the Committee welcomes the introduction of FIT, it is, however, disappointed that the sensitivity threshold planned within the Bowel Cancer Screening Programme in Wales is lower than that of its UK counterparts.

The FIT sensitivity threshold planned within the Bowel Cancer Screening Programme in Wales is 150 micograms of haemoglobin per gram of faeces (μg Hb/g), lower than that in Scotland, where it is 80μg Hb/g. In England, the change is expected to happen in Spring/Summer 2019, with a proposed starting sensitivity threshold of 120μg Hb/g.

In written evidence, the Welsh Government said that the decision to introduce FIT at a sensitivity of 150 μg Hb/g is based on the associated resource implications for NHS Wales, and is a practical starting point based on existing NHS capacity.

The Committee also heard that, despite additional funding from the Welsh Government over recent years, waiting times still give cause for concern. Investment is needed to get waiting times under control, but there also needs to be a more sustainable approach as outsourcing and insourcing is expensive and does not deliver a long-term solution.

“The introduction of the FIT test is a positive step as we believe bowel screening significantly reduces the risk of a person dying from bowel cancer.

“While we accept demand has to be properly managed, we are disappointed that the thresholds for FIT testing are lower in Wales, and are concerned that without a clear plan to optimise the programme, Wales will fall further behind its counterparts in other parts of the UK.

“What is now needed is for significant progress and strong leadership to be shown by the Welsh Government to address the issues facing this important area of the Welsh health service.”